Rolf Drechsler received the Diploma and Dr. phil. nat. degrees in computer science from the Johann Wolfgang Goethe University in Frankfurt am Main, Germany, in 1992 and 1995, respectively. He worked at the Institute of Computer Science, Albert-Ludwigs University, Freiburg im Breisgau, Germany, from 1995 to 2000, and at the Corporate Technology Department, Siemens AG, Munich, Germany, from 2000 to 2001.

Since October 2001, Rolf Drechsler is a Full Professor and Head of the Group of Computer Architecture, Institute of Computer Science, at the University of Bremen, Germany. In 2011, he additionally became the Director of the Cyber-Physical Systems Group at the German Research Center for Artificial Intelligence (DFKI) in Bremen. His current research interests include the development and design of data structures and algorithms with a focus on circuit and system design. He is an ACM Distinguished Member and an IEEE Fellow.

From 2008 to 2013 he was the Vice Rector for Research and Young Academics at the University of Bremen. Since 2018 he is the Dean of the Faculty of Mathematics and Computer Science.

Rolf Drechsler was a member of Program Committees of numerous conferences including e.g., DAC, ICCAD, DATE, ASP-DAC, FDL, MEMOCODE, and FMCAD. He was Symposiums Chair at ISMVL 1999 and 2014, and the Topic Chair for "Formal Verification" at DATE 2004, DATE 2005, DAC 2010, and DAC 2011 and 2018. He was the General Chair of the IEEE European Test Symposium 2018 and the Program Chair of ICCAD 2020. He received best paper awards at the Haifa Verification Conference (HVC) in 2006, the Forum on specification & Design Languages (FDL) in 2007, 2010 and 2020, the IEEE Symposium on Design and Diagnostics of Electronic Circuits and Systems (DDECS) in 2010, the Euromirco Digital System Design Conference 2020 and the IEEE/ACM International Conference on Computer-Aided Design (ICCAD) in 2013 and 2018. He received the Berninghausen Award for Excellence in Teaching in 2018.

NOERDMAN - a Webcomic
The nerd from the north

Here you can read the ++TOP 10++ of Publications of
Video 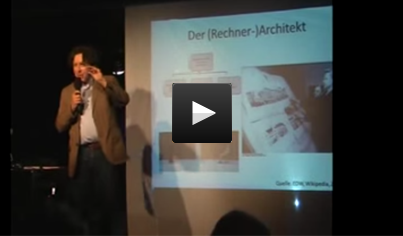